Lady Filmy Fern or, The Voyage of the Window Box

Every now and then, when we are out book hunting, I come across a treasure that just makes my day. In this case we were in Palmerston North, and when I found 'Lady Filmy Fern' we had to go grab a coffee (and a rather horrid lump of cheesecake) and sit in the park for half an hour while I read the rather unique and quirky fantasy, the thrill being that it is a book I had never come across before. You could describe it as a surreal adult fairy tale, written around Bawden's watercolours, but there is no reason for it not to be read to an imaginative child who likes whimsical adventures. It reminded me very much of Roald Dahl, with a touch of Edward Lear. I'm guessing Tim Burton has a very nice copy hidden away in his bookcase somewhere!

According to the Edward Bawden site the original drawings were stored down a well in Great Bardfield for safe-keeping during the war, but were in too poor a state for publication, and so were re-painted in 1980. Though in the  books Introduction it explains that the original pictures were restored by Miss Lewisohn of the Fitzwilliam Museum Conservation department, with Mr Bawden repainting some so as to complete the story. 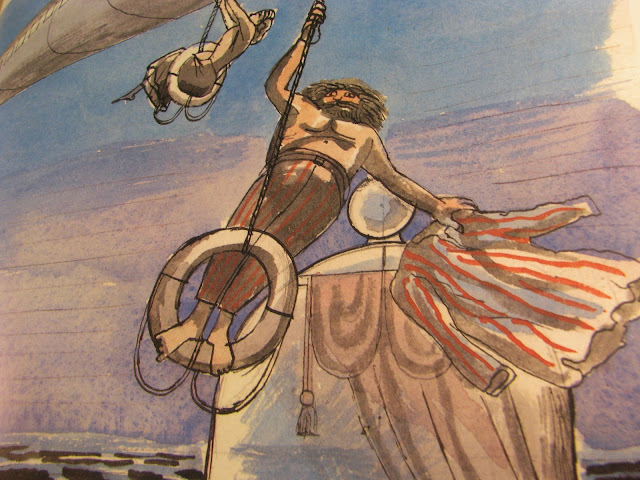 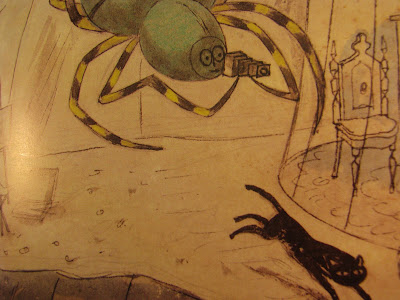 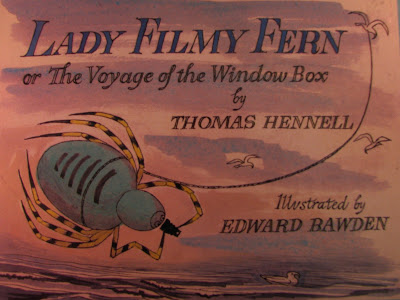 An interesting piece on War Artists, including the elusive and sensitive Hennell who was captured by Indonesian nationalist fighters in Batvia in November 1945 and was presumed to have been killed shortly thereafter - here 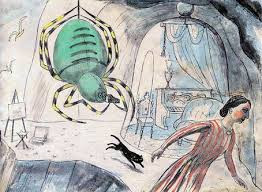 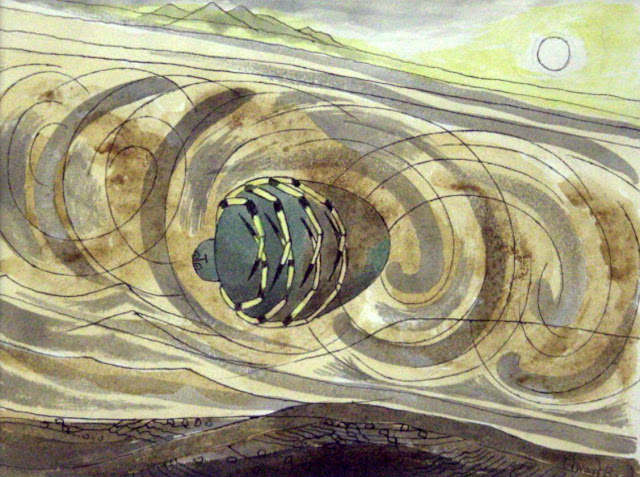 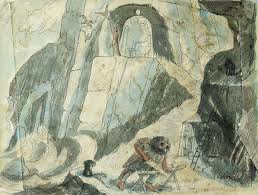 Posted by Siobhan McCormack at 18:24